Farewell Peter Falk. Forget Burberry’s smart ‘Art of the Trench’ initiative — Peter made ruffled look aspirational. Who wouldn’t want to get one up on smug, murdering company CEOs, landowners and wealthy philanderers and their villainy at the last moment? Detective Columbo wasn’t like the rest of the feds — he did his thing with a shambolic veneer that concealed a mastermind. It’s unlikely that Falk would be too annoyed at being typecast in that role with the whole nation commemorating his passing by pausing by doorways hunched and saying that line in a gruff voice — he was grateful for the Columbo role because he’d been in a succession of TV mobster roles prior to the 1971-2003 run of mysteries (only 68 episodes in 32 years).

Still, Peter’s work with Cassavetes —1970’s ‘Husbands’ (which was the subject of a post here a while back on Ben Gazzara) is a classic and the 1969’s trashy greatness of ‘Machine Gun McCain’ (where they met),1974’s ‘A Woman Under the Influence’ and 1976’s ‘Mikey and Nicky’ is equally notable, mixing b-movies with John’s uncompromising sense of the real. That mix gave Falk’s career a real depth, but I’m glad he got to work with another of my favourite directors — Mr. Walter Hill — in 2002’s overlooked ‘Undisputed.’ While many of Falk’s final roles were mob figures, Mendy Ripstein is the best of them — all world-weary menace, and his language during a particular outburst stays classic.

With Master P, Silkk the Shocker (who’d made Columbo reference on CD six years prior), C-Murder and Boz performing in ‘Undisputed’ as the Gat Boyz and Puff Daddy in the far weaker ‘Made’ the previous year, in which Falk was equally mobbed out as Max, Falk had some brushes with hip-hop heavyweights. That allows for a mildly tenuous segue way into references to Columbo on rap tracks. Most rappers pepper their lyrics with the televisual pop culture references, but Columbo seemed to be a popular one – unusual to see ‘the man’ celebrated like he was, but there’s a fair few negative references to sneaky cops using the fictional character’s name. Nowadays only elders like Malice make reference to things like “…avoiding the Kojak,” but once it was no real surprise. After all, Theo Kojak and Frank Columbo were hardly Rampart-style douchebag types while they were doing their jobs — Columbo barely even carried a gun.

It’s fitting that Prodigy — a man who once released a street album appropriately called ‘Return of the Mac’ has the best ‘Columbo’ reference on the title track of ‘HNIC’ but in hastily concocting this list I had to omit the presumed references to New York’s Columbo crime family, of which the Mobb were occasionally prone. LIFE’s images of Falk, Cassavetes and Gazzara at the latter’s 1982 third wedding (to Elke Krivat) are excellent, while Falk’s solo appearance on a 1975 ‘Rolling Stone’ has a certain slovenly elegance that’s pleasantly at odds with Bryan Ferry’s advertised dandyism. Fuck an iron.

(Note the sheer volume of ‘Jumbo’ and ‘Gumbo’ rhymes)

“If you’re on a drug tip, don’t be a Dumbo/Police investigate like Columbo if they think you’re sellin’ jumbo…”
Kool G Rap ‘Rikers Island’ 1990

“Stupid ass nigga, sewed your ass the raw/Cause the bitch in the ride ain’t nothin’ but the Law/Attached with the wire, Columbo for hire/So now the Law was on their way/Stupid ass nigga had the burp in his tray…”
Above the Law ‘One Time Two Many’ 1994

“Y’all niggas soup, I’m gumbo, ready to rumble, ready to tumble/Yo’ girlfriend outta line, I’ma catch her like Columbo/Tongue twistin’ like an Uzi, y’all niggas can’t do me…”
Silkk the Shocker ‘How We Mobb’1996

“I drive up and down Harlem blocks, iced out watch, knots in my socks, cops think I’m selling rocks/Pulling me over to see if I’m drunk but I’m sober/They wouldn’t fuck with me if I drove a Nova. Listen Columbo, you’re mad because your money come slow…”
Big L ‘Da Enemy’ 1999

“Too hot to hold, too hard to handle when I unload?Still knockin’ jumbo watchin’ for Columbo/Rock it to the top of the pot like gumbo…”
Rame Royal ‘Stick Wit Her’ w/ B-Legit, Niki Scarfo and Richie Rich 1999

“Dunn, I catch you while you shoppin’ for kicks/Surprise bitch/Shoot outs is spontaneous and oh, from now on call me Columbo/’Cause I come through wrinkled up, think I give a fuck?”
Prodigy ‘H.N.I.C.’ 2000 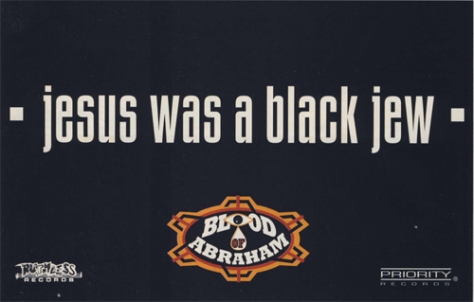 Lately I’ve been working on some copy writing and despite attempting an avowedly anti-1993 stance here, a recent research mission (more to follow later) unearthed one of my favourite ad campaigns for a record – the brave Blood of Abraham LP on Ruthless with the ‘JESUS WAS A BLACK JEW’ line. It caught many a Source reader’s attention, but alas, that didn’t translate to sales. I never was a Crazy Town (a group that Brett “Epic” Mazur was a member of) fan, but Mazik’s role in starting Conveyor at Fred Segal is well worthy of note — as is the subsequent music video direction. Few groups would have the balls to run this ad and it’s a confrontational classic. 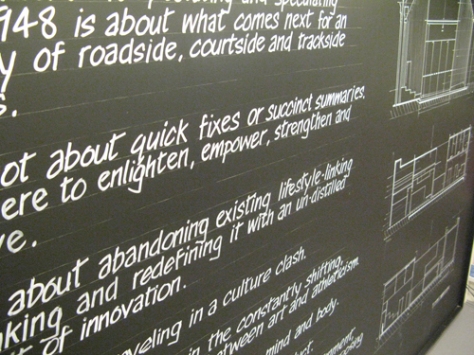 I’m still bugged out to see my writing anywhere, but to spot it on the point-of-sale for the Free Run+ 2 City Series, the 1948 iPads installed in the new Nike Sportswear east London store and on the wall of the mezzanine section upstairs was strange. Not as strange as seeing your work reflected in a pool of water, but strange nonetheless.

5 thoughts on “10 RAP REFERENCES TO COLUMBO & OTHER STUFF”