I know we should encourage print publications in ailing times (especially when an online appetite for anything that constitutes content means that a lot of digital features and editorials are at least 40% longer than the average attention span, scattered with “one” in lieu of “you” in a bid at intelligence), but there’s a lot on the shelves that just seems to exist, bogged down with the predictable PR pushes of the moment and lacking any paper pulp identity. I had no idea that ‘TAR’ was still going either. ‘The Hunger’ magazine caught me off guard. I caught a glimpse of it and dismissed it as another vacuous publication that was presumably the pet project of some oligarch’s wife.

Then I found out that ‘The Hunger’ is Rankin’s baby, meaning the level of photography is predictably excellent, but it’s notable that advertisements seem to have been smartly folded into the actual content rather than the bookends of 40+ ad pages we’re used to. If we’re talking in idiot’s terms here — and during a recession it’s always worth reverting to a dopey notion where size and weight determines value — 500 pages for £4 is pretty good.

What really shines is Rankin’s conversations with some of ‘LIFE’s greatest contributors, including Burk Urkel, Guillermo “Bill” Eppiridge and John Shearer in the Documentary section. If you’re UK or Europe based, you can catch Rankin’s pretty good ‘America in Pictures: The Story of Life Magazine‘ right here on BBC iPlayer (if you can’t access it, consider it revenge for the times those MTV links you’ve embedded have denied me) — his passion shines through and he fanboys out with childish enthusiasm on meeting the pioneers of the photographic essay. Next time you’re admiring your Instagram efforts, I recommend trawling through the ‘LIFE’ archives on Google Books to puncture that misguided sense of what’s awesome. I love John Shearer’s ‘The ‘Prez’ of the Reapers’ photo essay (with text from Reginald Bragonier) that ran in the 25th August, 1972 issue. You can read it in its entirety here.

‘LIFE’ ran several excellent gang-related pieces before, but this reflected a new wave of crew violence, depicting the Bronx climate that spawned the Black Spades and inspired Walter Hill’s vision of Sol Yurick’s ‘the Warriors.’ Pride, violence, grief and a face beyond the bravado is present in Shearer’s work and while the article ends of a downbeat note, his blog indicates that Eddie Cuevas — the star of the article — left the gang life after beating the murder case to become a set-painter.

‘The Hunger’s website is strong, offering a plethora of video content and I recommend trawling through the BBC4 ‘All American’ collection to watch a 1981 ‘Arena’ episode on the Chelsea Hotel, four episodes of Alexis Korner’s ‘The Devil’s Music’ from 1979 and the more recent ‘America on a Plate[‘ documentary on the cultural relevance of the diner. You can lose a lot of time constructively while it lasts. 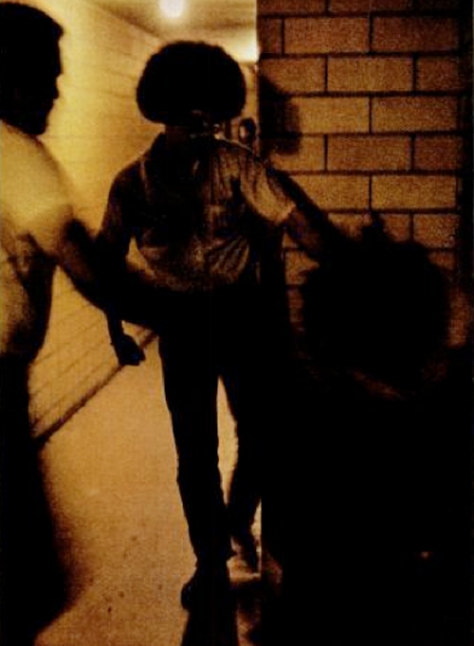 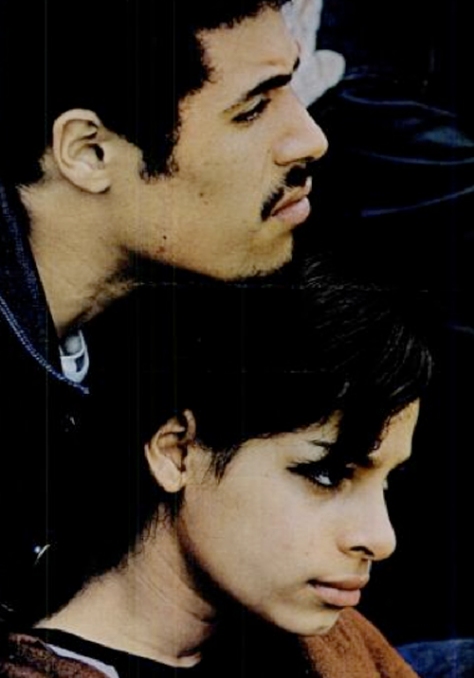 While ‘LIFE’ was a sappy, re-released shadow of its former self long before I was born, Henry Chalfont and Tony Silver (R.I.P.) 1983’s ‘Style Wars’ was a life-changer that offered another Bronx tale. Even catching it long after that fabled Channel 4 screening, those quotes from SKEME’s mum, CAP, Kase 2 (R.I.P.) and Min One have entered the everyday conversational lexicon of me my equally nerdish associates and I as much as ‘The Simpsons’ or ‘Seinfeld’ ever did. It’s bigger than hip-hop.

The frequently great ConspiracyUK radio show (from 27 minutes in), which seems to get some long interviews (with Menace sometimes sounding like Morell from ‘A Room For Romeo Brass’ with a rap fixation) with tough to track down subjects, recently chatted with Henry Chalfant for half an hour on the fundraising project to restore the 30 hours of outtakes left decaying. After the Save Style Wars campaign launched with a questionably fancy looking site that looked like it would flee the country with your credit card details, the new Style Wars site used KickStarter to raise the $28,000 to save them. Last week it hit the funding goal and the extra money will be used to restore the documentary itself. There’s some good incentives to contribute and at time-of-writing, 56 hours left to donate.

KickStarter is also being used to fund the release of Michael Miller‘s ‘West Coast Hip Hop: A History in Pictures’ which has doubled its goal. Compiled, Miller’s west coast rap photography (including the ‘Cypress Hill’ cover shot) could be well worth your time.

Listening to Elton John’s underrated ‘Rock of the Westies’ (GTA players know that ‘Street Kids’ is on point), all I can say is, thank god for that white. Elton’s prodigal yayo habit in 1975 caused him to create bangers with a completely new band. But beyond the sounds, that outfit on the album cover is some unkempt flamboyance. Check the near-beard, deerstalker, polo shirt, dog tag, bugged-out sunglasses and flossy rings, including a keyboard looking piece. Inspirational. This shot captures Sir Elton somewhere between broken and awesome. Rock stars don’t dress with this kind of lunacy any more.

The big aggressively shapeshifting elephant in the room at the moment is ‘The Thing’ prequel. I wanted to like it and some of the effects were strong, but it lacked the absolute dread and sense of isolation that made the 1982 version so necessary. It wasn’t a complete waste of human cells though and no spoilers intended (it has its own self-contained plot), but the segway between movies is smart. The hood might lack fur this time around, but the helicopter markings, doomy thud of the original score and Albertus MT typeface let the film conclude on a high note.

After the backpack talk the other week on Boylston Trading Company, Mr. Frank Rivera gave me the opportunity to write ‘Expendable Income’ — a love letter to the adidas Forum Hi which is one of my favourite shoes. I still don’t know why the story of the shoe hasn’t been told at length before (and there’s still a lot of facts to check and tales to be included), nor why the Hi seemed to be so hard to find post 2002. It’s good to talk Dellinger, crack money and stupid price tags. Click the image or check it out here.

Look around you. 2007 just got retroed. The onslaught of camouflage gear, queues for shoes and the rise of the print. That protectively waxed conservatism had to disintegrate at some point. All over patterned hoodies again? Ralph Lauren himself seems to favour these wintery traditional patterns above the majority of what his empire pumps out, and this Spruce Heather fleece has an air of 1989 about it too. It sure isn’t cheap, but it’s something different for the fanboys. No Polo player on the chest – this opts for a waistband patch logo instead. I like the texture too.

I just found out that Lewis Rapkin’s ‘Live From Tokyo’ documentary about the city’s music culture is finally available to rent on some new-fangled YouTube rental system. It’s worth £1.99 of your money (with a disaster relief charity donation in there too). I love Tokyo.