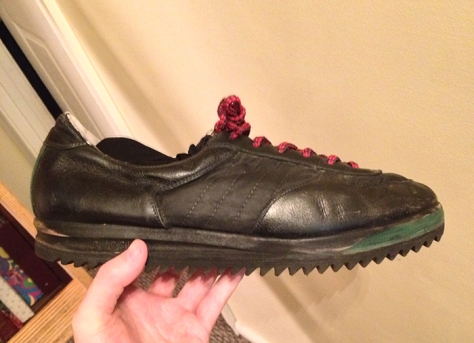 I’m still in NYC so this blog stays barren until I get back at the weekend. Just to prove I’m not dead and that this site hasn’t come to an abrupt halt, here’s a couple of shoe-centric images. My friend and favourite tattooist Mr. BJ Betts broke out these Gucci Tennis from 1988 at the weekend during a road trip to Delaware. He had these dyed black and requested the addition of a ripple sole from Dapper Dan in Harlem during an NYC trip back in the day and rather than retting a resole, that ripple has been glued over the existing unit to give them a running shoe/court/hiker appearance. Nice piece of custom footwear history from Betts’ insane collection and proof that he was stunting very, very hard while I was starting middle school. I miss the days when people engaged in expensive antics like that to avoid wearing the same shoes as the next man. 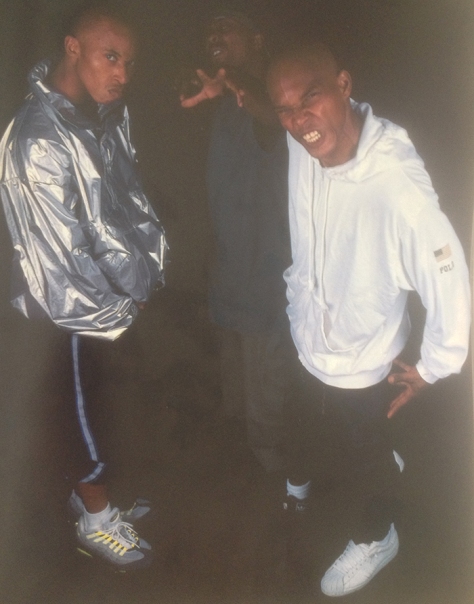 One thought on “STILL HOLIDAYING”