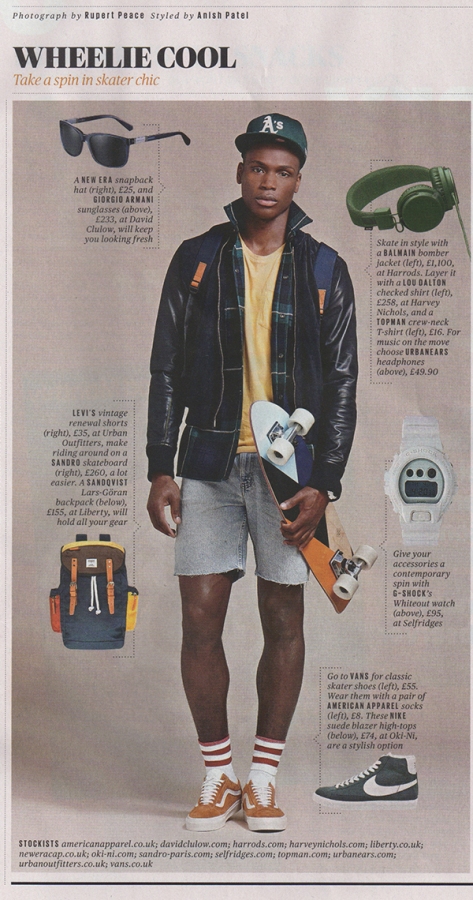 British skaters are getting it bad this week from the press. The week started with the usually likeable Billy Bragg defending the Southbank against those pesky kids and turning it into a class war (and getting himself thrown out of Slam City Skates for causing a scene) situation as part of the Southbank Centre’s decision to win a debate by rolling out people who incite you to flick to QVC when the crop up on the BBC’s Glastonbury coverage. To end it, the Evening Standard‘s ES magazine unleashed its own awkward take on skate chic, with puns in the header and a miserable looking model awkwardly clad in high-end and low-end cluelessness. A mall grab would have been the perfect finishing touch, because fake skater is very in right now — I haven’t seen these levels of grommet fashion section infiltration since the 1980s. This is the outfit that an undercover cop might sport to bust a skatepark weed dealer. Don’t be surprised if Julian Lloyd-Webber disguises himself in it for the next round of Southbank/skater skirmishes.

You can actually unsee the outfit above by spending some time reading this excellent Red Bull Music Academy piece on the Zoo York Mixtape and checking out the FWDMTN/Forward Motion auctions for Heart Research UK in memory of king of the North-East, Steve ‘Bingo’ Binks. If, like me, you eat off skate culture, but you don’t want to come off like the Evening Standard’s idea of a skater, then you owe it to yourself to click here or on the image to see the auctions, where there’s some Nike SB hype, Vans Syndicate rarities, signed reissue decks and some Supreme goodness to bid on. Salutes to all who put this together and contributed. This kind of thing is what pointless polemic in a broadsheet will always omit — skateboarding is one of the few activities where everybody knows somebody who knows somebody and in that can be used to raise some money for a good cause. R.I.P. Bingo and Bod. 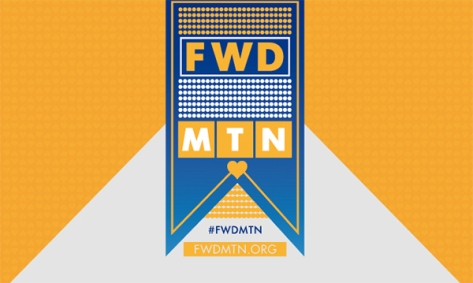 Why is the Slam City affiliated Holmes brand that Russell Waterman, Sofia Prantera, Ben Sansbury and James Jarvis brought to life pre-Silas pretty much excluded from the internet? Looking for some of the old Jarvis Holmes catalogue reminded me of how much better the now defunct Select magazine’s Greed section was in showcasing gear that Slam City stocked. Back in summer 1994, this spread had me scheming ways to get hold of this shirt.

This guy’s 1989-era multiple brand bootleg sweatshirt is a crime against authenticity, but it’s so blasphemous that it reminds me of a happy time when Fila and Troop were way out your price range and this kind of thing was peddled in some fly-by-night retailers. The do-it-yourself pirate collaboration to end them all got phased out beyond holiday resorts eventually, but the brand gang bang prints went harder than most of the contemporary apparel from sportswear brands.

One thought on “SKATEWEAR”