24 hours late on the blog updates and still not much to say. The leather jacketed or vested ne’er-do-wells of old always fired my imagination in movies and magazines, but I can’t help but think that gangs were making more of an effort to dress back in the day. Juvenile delinquency looked particularly fucking cool in the 1950s and 1960s, back when the dawn of the teenager had “squares” bricking themselves at grease-slicked haircuts and tribal uniforms. These pictures from a 1957 LIFE feature on Upper Westside and Bronx gangs called Teen-Age Burst of Brutality make alleged thugs look like rock stars. An Egyptian Kings member looks cool calm and collected on the way to be quizzed for a murder, complete with fans peering in the window, and the crew shot of the Laughing Jesters in Manhattan makes them look like the best gang ever. People generally seemed to look more excellent 50+ years ago.

While the gang jackets in this anti-hoodlum film from the 1950s are the worst thing ever, the gangs in the 1961 San Francisco based documentary Ask Me, Don’t Tell Me which has some kind of religious redemption overtones (and did the blog rounds back in 2009 when it seemed to go into public domain) has crews of dudes who are deeply stylish, until they start doing decorating and digging holes and being productive members of society because society asks them to be — it completely does the opposite of discouraging anyone from not wanting to stand on a street corner playing elbow tit (as depicted in The Wanderers). Even in the 1970s, the gang jackets on the cover of New York Magazine‘s March 27, 1972 cover story on east Bronx gangs (which can be read here) would almost certainly have a kid reaching for the marker pens to decorate a garment so he and his friends could rumble with neighbourhood rivals.

Ralph Bakshi has drawn some great hoodlums in flicks like American Pop and Coonskin and given his escalating inability to work within the system, an initiative like Kickstarter is the perfect way for him to raise capital. He’s currently working on a series called Last Days of Coney Island with pledged voice work from folks like Matthew Modine and there’s some amazing incentives to pledge some dough here ($35+ for a Bakshi character doodle?). And I’ve talked about Ralph’s work here a lot of times, because Wizards, Fritz the Cat and Lord of the Rings, plus shows like his Mighty Mouse redux had such a big impact on me — if you don’t know who he is, educate yourself immediately by picking up a copy of Unfiltered and reading this interview with him from a year ago. The sketches and imagery from Last Days of Coney Island look pretty good so far.

Does anyone else recall Champion’s Japanese licensee putting Champion on some extremely underwhelming hiking boots in 1995 to capitalise on a boom in hiking heritage? I thought I dreamt it until I pulled out this old ad again. They really did a number on the iconic ‘C’ right there. 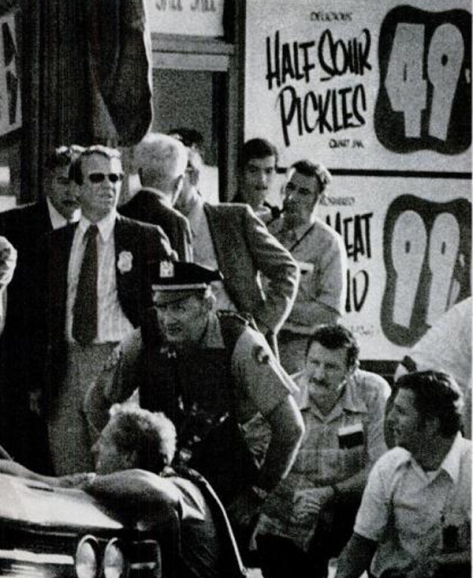 To compensate for the volume of shoe-centric pieces lately, I thought I’d throw up some more film inspired stuff on here. In terms of traffic, a little less potent, but for the few of you who check this site out semi regularly, I’ll be presumptuous and assume it’s relevant to your interests. If you’re here and haven’t seen ‘Dog Day Afternoon’ and you’re over the age of 20, you’re one of those characters who I don’t want to be seated next to at a wedding dinner. Pacino in a role that’s shouty but nuanced (those phone call scenes are pretty much as good as ’70s cinema gets), the amazing and much-missed John Cazale and an excellent Chris Sarandon on support and…fuck it, there’s no point even trying to talk it up, because if you know, you know. I knew it was based on a true story; P.F. Kluge and Thomas Moore’s ‘The Boys in the Bank’ from a September 1972 issue of ‘LIFE’ about the John Wojtowicz case, but I forgot how much of that article (and the accompanying imagery) is in Frank Pierson’s screenplay and the final film, rather than Scorsese loosely channeling the doom atmosphere of Larry Clark’s ‘Tulsa’ for ‘Taxi Driver. For all the drama and panicked humour, it’s a strange, sad story really. 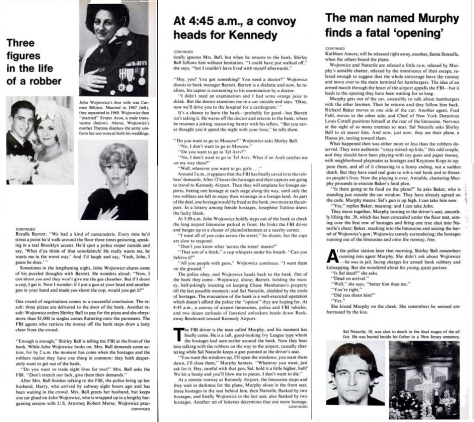 This Ain’t It Cool News conversation between Jason Schwartzman and Quint is a fun tangent from the usual press junket topics and Quint breaks out some close up shots of the University of Texas’s De Niro donations. I’d seen the ‘Taxi Driver’ “King Kong Company” tank jacket and shirt before, but Sam Rothstein’s burnt post-car bomb jacket from ‘Casino’? Insane. 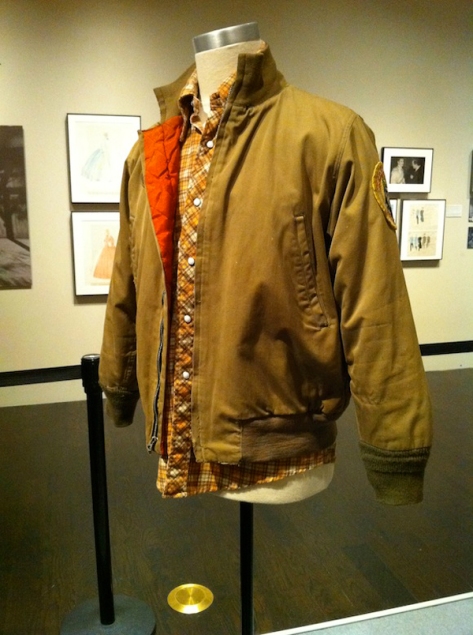 I had the pleasure of talking to Jerry Cohen, founder of Ebbets Field Flannels recently. There’s a lot I wanted to ask him with regards to sportswear’s lost brands and techniques, but it’s heartening to see a man who is obviously obsessed with the subject of old sports making a career out of it and on his own terms. Go visit POST/NEW for the whole thing, but beyond the talk of several cities having their own hat shape as well as their own logos and colours, Jerry also schooled me on the difference between a varsity jacket and baseball jacket. To tie this to the talk above, Ebbets make a replica of Robert Redford’s New York Knights jacket from ‘The Natural’ (I think the OG was made by Maple Authentic Sportswear who made the film’s flannels too). Word to Wonderboy…

GW: On the jackets, is there a difference between baseball jackets and the more commonplace varsity jacket?

JC: Absolutely. Nobody asks me that because they assume they’re the same. The big difference is length. Varsity jackets went up on the waist but baseball jackets went longer. They were meant to be worn to warm up in, so the shoulders were cut different too. They used to make them tailored and varsity jackets were more bulky — Wilson made the best ones and I have a few originals.

JC: Yep, the 1950s. The Wilson jackets were beautiful, with a zipper or buttoned front and they just had a certain drape to them that was just gorgeous. That’s what we try to replicate. The wool isn’t as heavy. A varsity jacket used a Melton wool , but baseball jackets used an 18 or 19oz wool rather than the 24oz.