Socialising, taxes and other matters have hindered my blogging aptitude this week, so all I can do today is recycle other things and call myself a “content creator” or “curator” or whatever. First things first, I finally saw this Supreme shoot by Tyrone Lebon in the new ‘Arena Homme+’ (which has an interesting take on the Osti archive in it) that I wrote some accompanying text for. It was fun to mention 2 Chainz in a writeup for ‘Arena’ but my scanning skills are weak so I lost the left side of the pages, so if you want to read what I wrote (and it’ll teach you veterans absolutely nothing new about the brand), you’ll have to buy it or go and treat WH Smiths like a library. Shouts to Rory for listing me as a “contributing editor” though — that’s fake importance at its best. 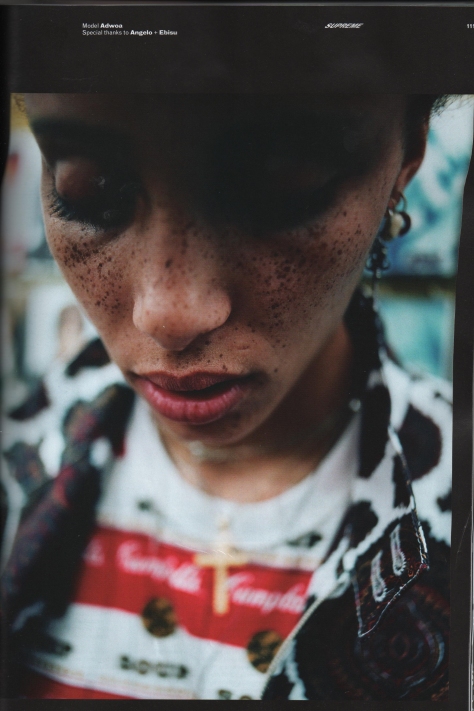 For reasons unknown, I’ve been pondering the mystery of Task Force jackets and the lesser-seen Task Force shoes today. That warrants the wholesale theft of pieces from the ‘Spin’ magazine b-boy special of 1988 that included Doctor Dre (as in the Original Flavor/MTV Raps Dre) breaking down some slang, Flav in Troop and some MCM and Dapper Dan talk, Big Daddy Kane on Cameo haircuts, ‘DMC’s Culinary Guide to Queens’ taking you around some of the boroughs’ finest junk food spots and a meeting-of-minds with Fab 5 Freddy and the legendary Max Roach. It’s naive with the benefit of retrospect, but there’s a lot of fun content here from a deeply significant year — the inclusion of DMC and the next wave who’d take the baton and take their shine makes it doubly interesting.

I have to take some time out to salute my friend Sharmadean Reid for putting out ‘The WAH Nails Book of Nail Art.’ I’m unlikely to get a Nike Safari print on my thumbnail anytime soon, but the book’s a smart distillation of the whole WAH worldview into a hardback book with plenty of cues from the ‘WAH’ fanzines in there too. Now everybody’s on that hop into print wave, but Sharma was putting out her own magazine (complete with Ecko sponsorship) before she hit 20. The spirit of ‘Sassy’ is peppered throughout all things ‘WAH’ (salutes to the Monster Children crew for finding away around the deletion of ‘Sassy’ spinoff ‘Dirt’s lost issue #8) but crucially, it offers a whole lifestyle angle that’s oddly aspirational. Let’s note forget hat most of this blog is a flagrant bite of the WAH blog circa 2006. Shar’s more of a role model than most of the males I’ve dealt with in this industry, many of a whom are backstabbing, two-faced bunch of burnt out chancers. But that’s a rant for another day. Salutes to Sharmadean and the WAH team. 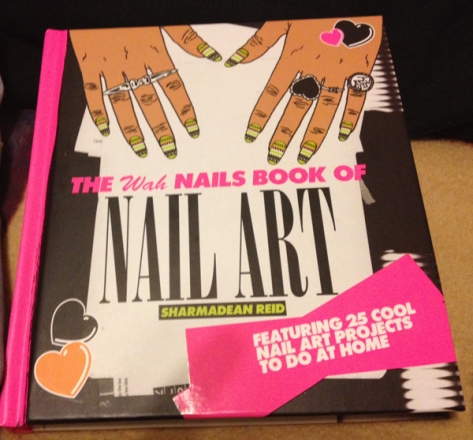