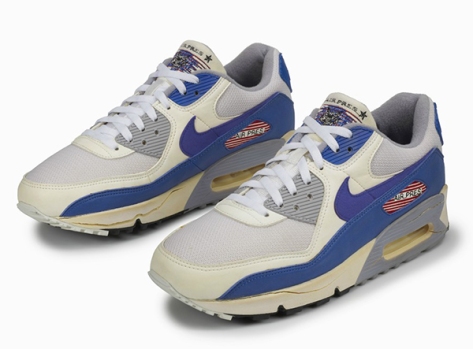 “That’s shoe business! Bill Clinton wears two kinds of shoes for running: New Balance model 1500 athletic shoes, size 12EE, made in Maine with the words “Mr. President” stitched in them, retailing for about $160; and Asics GT-2 sneakers, which are made in Asia and retail for about $50. He gets both kinds of shoes as gifts from the manufacturers.”
(St. Paul Pioneer Press, July 10th, 1994)

I see you getting excited about celebrities co-signing shoes, but collaborations are played out. Special makeups for world leaders are still powerful though. New Balance handed Obama a personalised M990 last year, but every image I’ve seen of him exercising has him down as a Nike and ASICS man. The early 1990s was something different though and images of Clinton jogging from his time in office — including his short-short outings with Al Gore (who seems to favour the M997) — are an NB and ASICS affair and the M1500s crop up a few time, even though the Mr. President lettering isn’t visible. New Balance’s golden era performance tech was a good choice though. What’s even more intriguing is the SMU of the Nike Air Max 90 made for George H.W. Bush. Images of these from the Department of Nike Archives have drifted around for a while (the image above has cropped up periodically on message boards for a while and it would be nice to be able to credit the originator), with their own AIR PRES branding and a colourway which I believe was exclusive to the big man. Post Gulf War, Bush Sr. took regular runs in his own variant of this Nike classic and there’s plenty of images of him wearing it (I’m certain that I saw an Air Max BW in a similar makeup at some point too) in 1992 for election era photo opportunities. The elder bush broke out some Reebok before that. Back before his presidency, George W. Bush had been seen in Nike Air Challenge Pro Lows in his younger days, but a charity auction had him donating a pair of Mizunos. So what have we learned? Expensive New Balance was for Democrats and one-of-one Nike Air Max became the Republican pick, and American Presidents have better taste in footwear than rappers do. 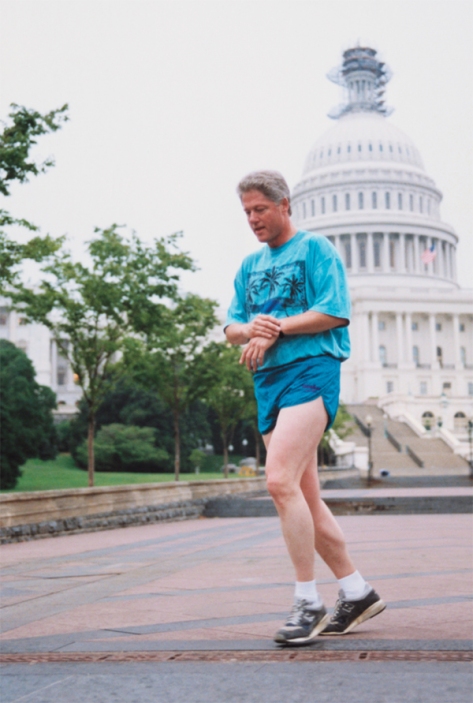 The problem with some of the most interesting contemporary movements has been that everybody assumed they’d never end and that somebody else was doing the documentation. In great movements everybody is living for the moment and there’s a glorious lack of nostalgia. As the years pass, we’re all liable to develop a nasty case of retrospect and with the magazines of the time collapsing, late 1990s and early 2000s scenes are left to live on conversationally and become myths. That descent into apocryphal storytelling is no bad thing — bearing in mind that a lot of crazes sound better than they look — but in the case of UK garage’s few glorious years, it was one of the few truly visual moments in youth culture on these shores. From crispy clothing to prison lacing, as champagne hedonism mutated into tracksuits and street DVDs, a fascinating aesthetic was present throughout. Salutes to Ewen Spencer for capturing that scene in style in both 2005’s Open Mic and the forthcoming Brandy & Coke book (covering the glossier years preceding Open Mic). This Vice interview with Ewen is excellent. Having attempted to source images from these eras recently, I can testify that images don’t come easily, because they pre-empt the cheap digital device and phone camera eras. After that, we’ve got too much information. One day, people will pay a lot for books like Open Mic (which is already out of print), so appreciate them while they’re around.