I love contemporary hip-hop. I love the tweet alerted, spur-of-the-moment instant fix that eliminated your boy in the States having the hookup. If you’re a late-to-bed European, you’re pretty much privy to the next thing at exactly the same time as your brothers across the Atlantic. Rap got globalised. Of course, some would criticise the fast food nature of projects as the boundaries between mixtape and album (do people even make “street albums” any more?) blur and touring makes the money. To stay on top of what’s dropping is a challenge, but in 2011, its been amusing to see the same rap download blogs that once delighted in goading the lumbering major labels stumbling when it comes to the next wave.

Odd Future made the majority (Hypetrak, Madbury and Street Etiquette aside) look pretty vacant when it came to their work and team A$AP were another crew that caught them sleeping. Where next? Is Chicago’s King Louie the next to instigate a mass late pass hand out? Now Tyler’s only got to Run His Mouth On Twitter in jest and it’s a multiple blog headline in the lust for greasy talk and its consequences. How relevant is the hip-hop blog if these guys can handle their own tweet, WordPress and Tumblr mouthpieces for people who like to call themselves cultural curators (I prefer the term press release regurgitator) to reassemble?

The only regret for me is the lack of joy in a brand name check nowadays. I blame Lupe Fiasco. Once, to see an item beyond the usual high-end boast brand, oversized Avirex, XXXL Source ad fodder (word to Maurice Malone) or utilitarian military or re-appropriated logger yard surplus was a startling moment that was genuinely memorable. Kanye in Supreme in ‘Vibe’ circa 2003 (posted on this blog a while back) was unexpected. Retro killed the interesting shoe mentions (Nore’s “Yo, I loved the Bo Jackson’s, the orange and blue…” Air Trainer SC reference on ‘I Love My Life’ was one of the last truly great sneaker namedrops, but Wale mentioning as many Jordan retros as possible doesn’t count, because that’s just a tactic to keep him on seeding lists) and streetwear lines on a rapper’s back have gone far beyond Nas’s Crooks & Castles namecheck and ALIFE’s excellent patio party projects to become ubiquitous.

Now, every Sendspace MC and his crew are Supreme down, but it’s more humorous that Supreme gear might be at the core of the OFWGKTA/A$AP static. Long before Mac Miller could cover ‘Billboard’ without a major label, we spent money on big plastic discs that usually consisted of the following — white MCs self-consciously trying to out psycho each other (the fathers of today’s breed of white rappers who pull lots of funny faces and act self-consciously jokey on WSHH interviews or rap about goblins and secret caves to nobody but the disparate band of characters who still frequent UGHH) or some Tribe-lite jazz rap that aged horribly.

The majority of my 1996-1998 indy rap purchases are gathering dust, unless I encounter a sudden urge to spend an hour listening to wearying Mike Zoot twelves, but there’s exceptions. The goonier, Premier-endorsed no-label dudes who never got round to a full length album, anything Mike Heron affiliated and the works of Non Phixion, who made conscious ignorance an artform and tore out the backpack bracket through sheer aggression. ‘The Future Is Now’ was an obsession of mine from the moment I got an internet connection at home.

Company Flow fit in here somewhere, but I have to concede that their Norris McWhirter with a stopwatch, syllable and simile-cramming hasn’t aged quite as well with me beyond ‘8 Steps To Perfection.’ Despite that, supported by ‘Ego Trip’s glorious mix of metal and hardcore, tunnel bangers and grimy obscure label support plus frequent plugs for a certain 274 Lafayette Street institution, Company Flow’s Bigg Jus wore the Supreme box logo back in 1997 for that middle-fingered ‘Independent as fuck’ press shot (though, with Murdoch money at Rawkus, I’m still waiting for Kool G Rap to testify at the Leveson inquiry) and it made an impression on me as I harassed Bond and Dr Jives by phone in the quest for a tee.

Ill Bill’s Supreme 1999 box cap with the Swedish-looking camo mixed with hood basics like Timbs and vast Iceberg denim for a Ricky Powell shoot (circa 2001?) that appears in ‘The Future Is Now’ (the “goons at Supreme” even get a thank-you) captured Supreme’s hood/skate/top-tier straddling appeal. It’s a notable moment in the union of rappers and skatewear (though almost a decade earlier, Y’all So Stupid, who’d later crop up for the indie boom as Mass Influence in Vans and FUCT on the Pharcyde’s art direction represented a strong left coast aesthetic). I wonder how some of the now-forgotten old JanSport guard would have fared with current DIY infrastructures in place — would they thrive in the MP3 market, or cave under the relentless mixtape workload expectations? 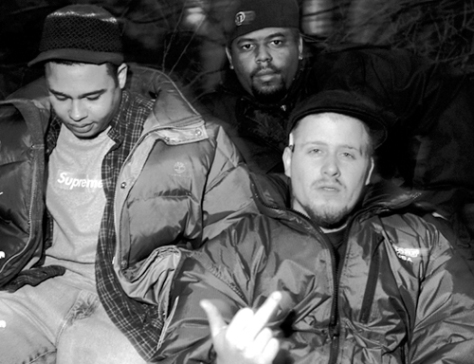 On the subject of backpack-rap, there’s more backpack talk in the second part of the piece I wrote for the homie Frank. There’s something similar on Forums coming too for those who care about that kind of thing and understand the power of that shoe. 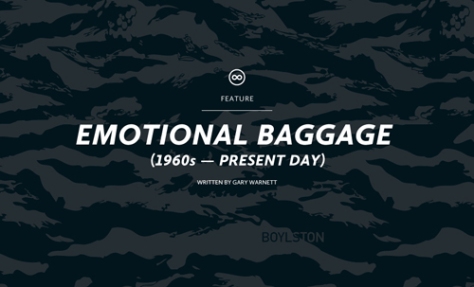 Big up the Germans too. Because I have the sense of direction of a post thunderstorm feline, I couldn’t make it to the Arc’teryx press meetup this morning, but I did wander the Gerhard Richter exhibition at the Tate Modern listening to Juicy J and the new Vado before heading to a meeting with some German associates. I’m large on the Straße. On that subject, shouts to the circular knit types at Merz b. Schwanen who are creating loopwheeled cotton treats in Germany as part of a brand founded exactly 100 years ago but recently revived and whose style 221 button border shirts come Cabourn approved.

And big up Criterion and Janus for restoring Rainer Werner Fassbinder’s 1973 sci-fi flick ‘World On a Wire.’ The DVD and Blu-ray, with Sam Smyth (who also drums for Ben Folds) — the man behind some outstanding Criterion cover and poster design — responsible for the artwork. It drops in February 2012. 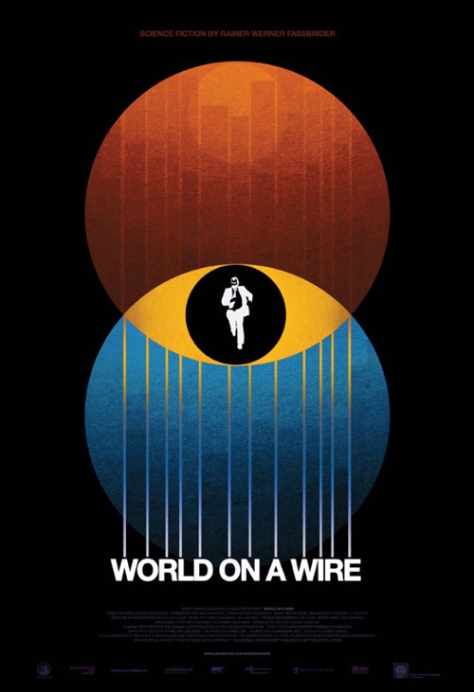