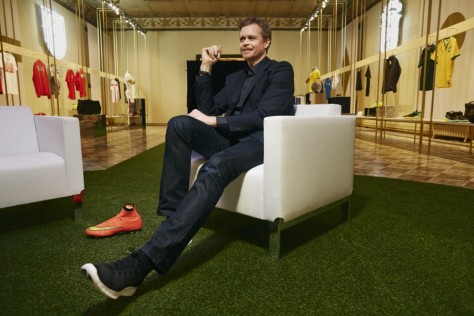 Apologies for the lack of updates during the week — I was at the launch of the new Superfly in Madrid with Nike and didn’t get much time to do much research on anything. It was good to get some interview time with Mark Parker to discuss HTM, football design and other related things — that conversation should be up on a certain magazine’s website pretty soon. It was also good to see what Nike is planning with its top-tier think tank when it comes to football design — previous attempts from every brand to cross football and lifestyle on the footwear front have been variable, but the prototype of the Nike Free Mercurial Superfly HTM looked very good up close. That project has come a long way since the days of fruitlessly rushing to Footpatrol at the weekend after a Being Hunted heads up to grab some Presto Roams or Terra Humaras with the three-letter premium. Then again, a lot’s changed since then — I never thought I’d get the opportunity to work in that particular field back then, because I was buying shoes with Jobseeker’s Allowance and a pit of credit card debt.

If you’re interested in the incredible attire on some of Britain’s street-level elite back in the day (and I’m assuming that you’ve already got a vague interest in hip-hop), join the UK Hip-Hop Archives Project group on Facebook and check out the collection of Martin Jones’ (Goldie’s former manager during his graffiti/b-boy years of 1984-1989) incredible photographs that are currently being scanned. A 1987 picture of Trans-Atlantic Federation era 3D wearing Nike Air Safaris and a Mercedes pendant (the only other celebrity I’ve seen in Safaris beyond Pos and the Biz) is just one of the current highlights. Go get involved. 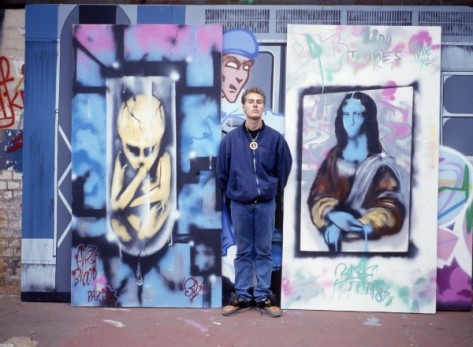 An interesting looking biography of Ol’ Dirty Bastard is on its way late this year. The Dirty Version: On Stage, in the Studio, and in the Streets with Ol’ Dirty Bastard by Buddha Monk and Mickey Hess drops via HarperCollins in December. With Buddha Monk being a Brooklyn Zoo member, he should have some extra insight on the ODB myth. Buddha’s been doing the rounds with some tales of misbehaviour that indicate that this could be a potential classic for rap trivia obsessives. With a North Star member cut his genitals off, it’s been a bad month for Wu affiliates, but this should readdress the balance (speaking of obscure Wu family, whatever happened to the brilliantly named Ancient Coins?). 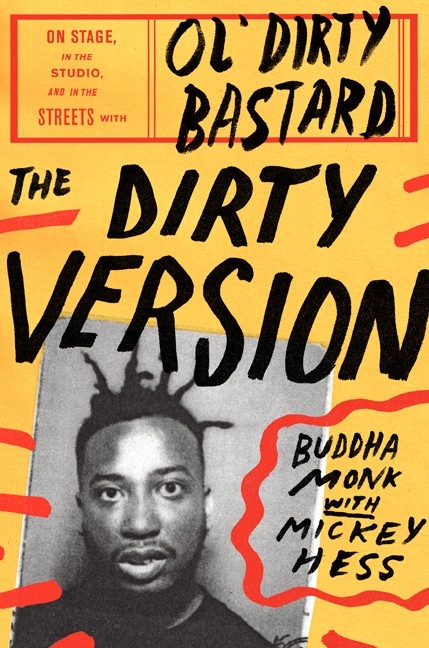 I don’t know whether this is real, some kind of Jimmy Kimmel prank or a viral for a movie, but Miami rapper Stitches (who’s apparently just 18 years old) has some of the most insane face ink to date — stitches on the mouth and an AK on the cheek (plus a startling amount of Instagram followers). Pinhead hurling Johnson’s Baby Powder around, guns being wielded and a shouty mixtape with a cover that doesn’t live up to the visuals in the video are just part of his initial assault. Snitches might get stitches, but Stitches preaches a no-ratting rule, as the No Snitching Is My Statement title testifies. It takes a lot to make me bat an eyelid when it comes to rap, but this had me doing a full Roger Moore eyebrow. 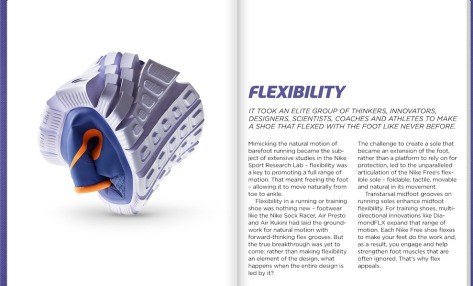 Self-publicity time. Shouts to Nike and Not Actual Size for letting me write this Nike Free A-Z. Nice to get to work on a project that’s based on contemporary runners and technologies, plus it takes me back to reading the old Crooked Tongues Tobie Hatfield feature from 2004 and thinking that I’d quite like to write something along those lines one day. The downside? Because it’s 2013, it’s one of those new-fangled digital book simulations. My mum won’t believe that kind of thing constitutes real work because it’s “the internet.” Only tangible, tactile evidence that I do anything will ever suffice. Anyway, go flick through that as proof that not everything I write is full of cowardly subliminal shots and poorly punctuated anger. Apparently there was a launch for the campaign the other day and Steve Cram was there — somebody should have made him some black and yellow Cram Windrunners with a Free sole specially for his appearance. I now know more about the science of shoe technologies than I did in January of this year. It’s nice to work on projects relating to products I can safely say I mess with without sounding like a corporate stooge. Maybe a childhood spent memorising old Nike ads — while other kids were actually doing sports that the shoes were intended for — wasn’t entirely squandered.

As an antidote to the nausea of self-promotion, Criterion‘s YouTube channel has been uploading some nice videos for the 40th anniversary DVD and Blu-ray release of Badlands, including the first four minutes of the movie, just to remind you how flawless that use of a narration is. Martin Sheen’s Kit is the coolest serial killer in film history and Malick’s direction and Tak Fujimoto’s cinematography are a perfect partnership. This disturbing and poetic true-crime (though the names were changed) classic proves that you don’t need gimmicks to make a movie with style. And because this is a period piece, Badlands never dates – plus it inspired Bruuuuuce to record Nebraska. I’ll always be in debt to Alex Cox for putting me onto this film as a double bill with 1951’s The Prowler (James Ellroy’s favorite film) on BBC2’s Moviedrome – a meanness in this world portrayed with unsurpassed elegance. I can watch this time and time again – the rumoured 6-hour cut of Tree of Life? I’ll pass, thanks.

Stüssy are putting out a twice-yearly publication called Stüssy Biannual. Given their sheer volume of projects, global tribe connects and emphasis on photography, I’m surprised it hasn’t happened sooner. For years I hoarded infrequent Stüssy mook releases from Japan, but an English language equivalent would be very welcome. Dropping on Friday, Stüssy Biannual #1 features contributions from Kenneth Cappello, Shaniqwa Jarvis and plenty of other talented people. Now, how about a hardcover Stüssy book, covering the brand’s history?

I wanted to see a Mo’ Wax book of some kind too, but seeing as I’m still waiting for the MWA Glen E. Friedman poster to drop, I gave up hope of anything like that happening. But Urban Archaeology is an impending book and exhibition to celebrate Mo’ Wax’s 21st anniversary that’s going to be Kickstarter funded. My interest in this project outweighs the grim realisation of how many years have passed since 1992. There’s a new site too — www.mowax21.com. They should put a bulletin board on there and weird animated launch page with Major Force West on repeat to resurrect the Beggars Group online era for the label.