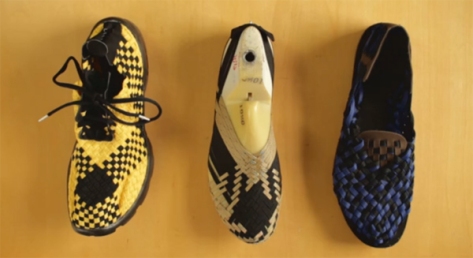 Since I got some blog shine I’ve had some emails asking if I want an intern and some emails asking whether I want to boost my SEO and maximise traffic. In response to the former, I respect your enthusiasm, but it’s me at home writing while eating a yoghurt, with one eye on a TV watching Johnny Handsome right now, so there’s no call for an intern (though, seriously, if you send something and it’s incredible, I would try to pass it somewhere where you can be put to use*). In response to the SEO dudes — this site is still hosted by WordPress, I put my posts up at midnight and I upped 600 words on Michael Winner the other week. Does it look like I want to maximise traffic? Give me a small audience who know their shit over blog mass appeal.

That image above is the Wovens hanging on Mike Friton’s workshop wall in this Vimeo documentary (that Hypebeast put me onto). Mike Friton’s role at Nike is significant — he’s one of the minds who pushed the brand’s creativity out there in the Innovation Kitchen and his name is attached to some of my favourite Nike objects as part of the design team – he worked with Mike Aveni (and I believe, Tinker Hatfield) on the Air Woven project, I think he was involved in the Presto Clip (I’m not a huge fan of the shoe, but the detachable sole concept at prototype stage was amazing), the self fastening version of the Air Mag and my favourite — the “Footwear with mountain goat traction elements” concept that, I believe, became the Goatek sole (one of the best Nike designs ever) with an upper designed by Thomas Gray and Sergio Lozano. There’s a little bit of speculation on my part there, but those who want to be like that Mike should consider this Mike as an inspiration too — a great creative mind. Shit, I wish every shoe had a Goatek outsole. 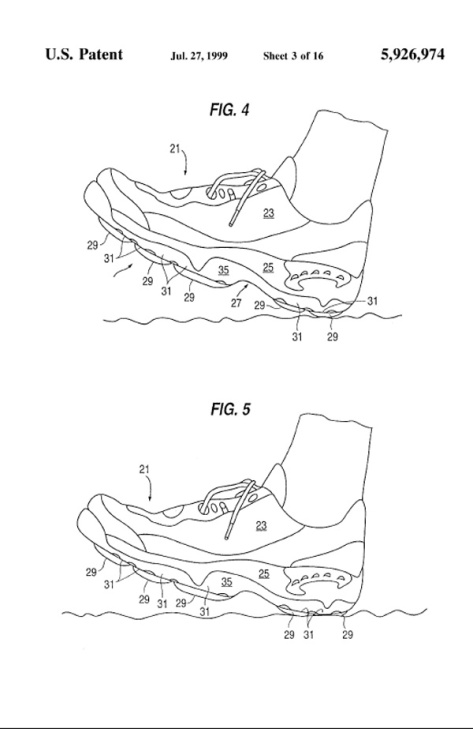 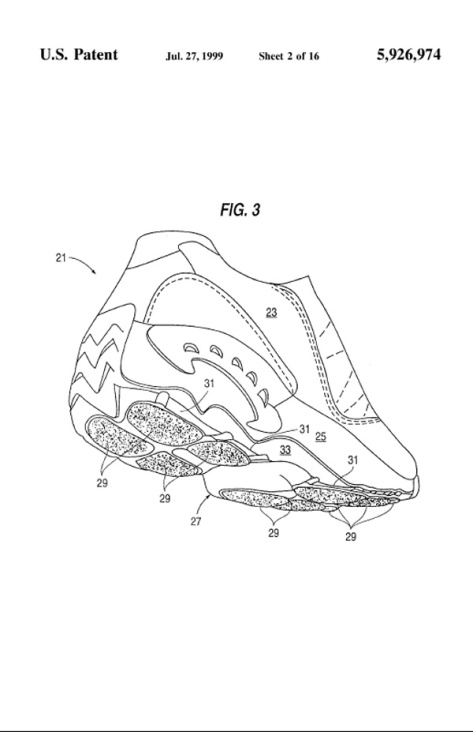 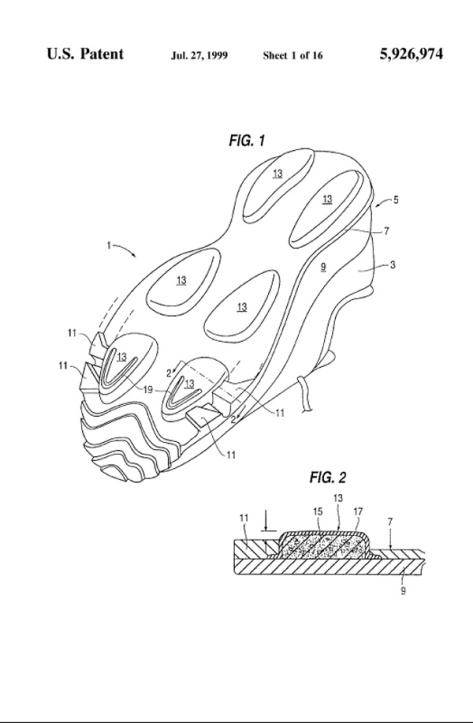 Last summer I lost my mind over a tradeshow glimpse of Soulland’s sweatshirt offerings, with their nods to the embroidered efforts of my youth as well as the arm printed long-sleeve tees I used to favour. This is hard (check that back detailing) because Silas is deep into what he likes and it has that OTT premium essence in the DNA. Does anyone else think other high-end homages are veering too close to something from the market (and lest you call me out for liking Marriani’s stuff, at least it’s shameless) rather than Dapper Dan or anything close to cool? The custom sweat design here is more Givenchy than just chucking stars and dogs on something. The La Maison est Aux Commandes sweat and Bourgeoisie crewneck are both quality. The house of Soulland is definitely in control. Both are available from Goodhood right now. 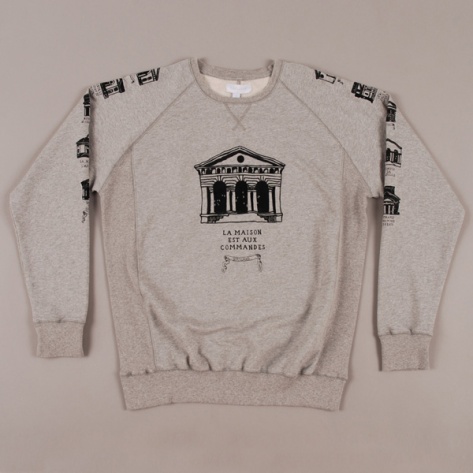 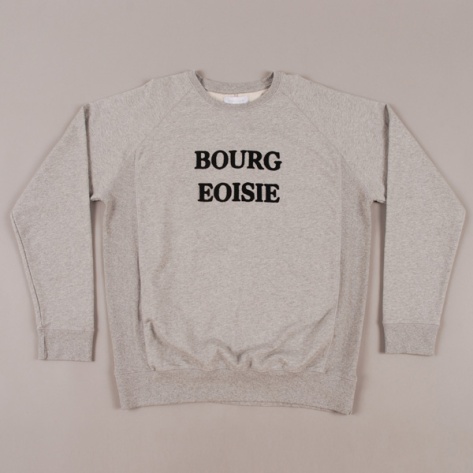 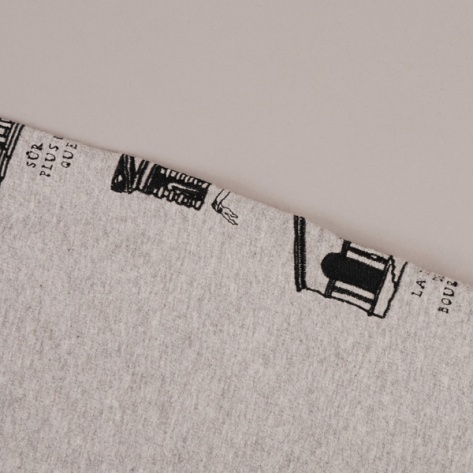 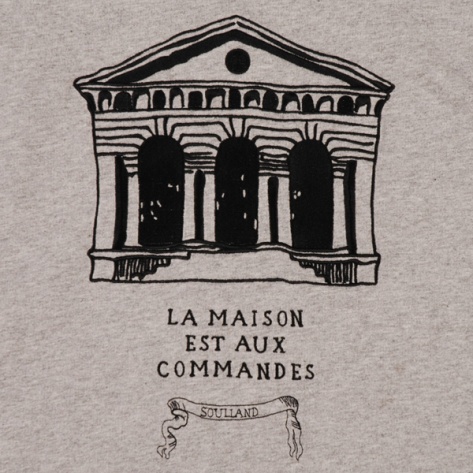 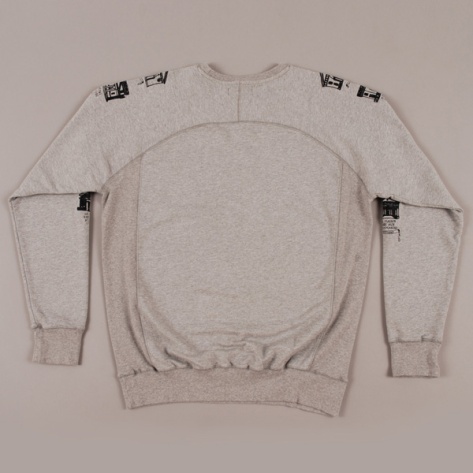 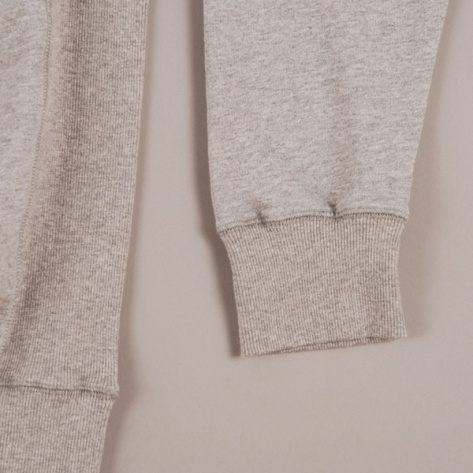 Seeing as you came this far, here’s an early 1990s Champion Reverse Weave sweatshirt ad. As you might have noticed, I like Champion ads. 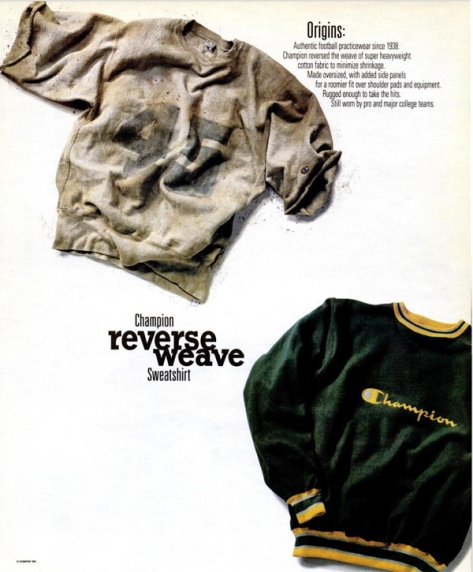 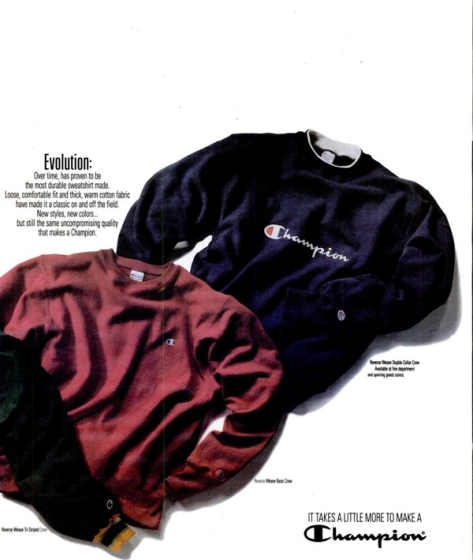 *I’m in no position to be offering advice, but here’s a tip for anyone hunting writing work in the bloggy realm — write something completely new for the site and submit it rather than offering a link to your blog of stuff that Hypebeast has already covered. Try to bring something new to the table rather than describing something as if a blind person has asked you to tell them what an Air Max looks like — had Chris Aylen, Chris Law and Russell Williamson not been very charitable to some terrible hip-hop reviews I submitted to SpineMagazine.com** 13 years ago, I would probably still be working for Serco/Network Rail.*** I’m not proposing you submit a shit review of an Artifacts album that uses the terms “dope” and “boom-bap” like I did.**** And don’t be too zany.*****

**The ORIGINAL hip-hop and streetwear site that had the same impact on me that Big Brother, Grand Royal, Ego Trip, Rad, The Source and Phat did many years earlier. Go ask your mum.

***Actually I wouldn’t, because I was “made redundant” but I know that this was really for spending time on CrookedTongues.com’s forums and eBay. I know this because I looked that the informant’s emails while they were at lunch.

****I presume that nobody used to submit reviews to SpineMagazine externally – hence the kind treatment. Now, I think lots of people see the internet as a career and standards of submissions are better. I like to think so, anyway.

*****Do footnotes on footnotes count as zaniness? In 1999 I supplied a review to Muzik magazine (who probably had a gold-plated office back then, at the height of superclub madness) and was told that I needed to inject more humour into my writing and my response was to riddle everything I wrote with wacky similes (“Like shooting Avirex-clad fish in a barrel”). Next time I submitted a piece I got an email back telling me to, “tone down the zany similes.” There’s a lesson there somewhere. But the print industry’s so on its arse these days that I think you could wake up declaring yourself a writer one morning and have had something published in a national publication within 6 weeks.

Between the day job and copywriting today, today’s blog is particularly aimless. Stuck between regressive and attempts to stay at least moderately progressive, my mind’s been on sports footwear. This blog was originally created as an outlet for things that aren’t shoe related, but I can’t deny my admiration for shoe design when its done right. Google Patents has been a godsend for studying the legal nitty-gritty of brands in general, and on the running/basketball/training shoe front, as brands battled in the technology wars of the late ’80s and ’90s, the sheer volume of patents filed was staggering – its on this, another of Google’s glorious timewasters, that you can see the original sketches of core elements that made up classics.

The imagery below is strictly for the nerds and fellow oddballs out there, but design-minds might get a kick out of it too. Good to see that Nike took the development of some of the stranger late ’90s performance pieces now cemented with a certain cultdom and misty-eyes on mention from types who spent hours poring over beat-led stoner music and Project Dragon once-upon-a-time. I’d really like to know more about this though.

You can tell me that sneakers are done while you slide around in your brogues in slapstick fashion, but when it comes to the more ambitious side of shoes with Swooshes, and messrs. Clarke, Hatfield and Lozano were feeling particularly inspired, you got the design classics. Looking at them as component parts here, I appreciate the damned things even more.

As a small, partially-related digression, while this retrospective is more fun than the actual movie, Spike Lee’s ‘School Daze’ doesn’t get the shine it deserves from an apparel standpoint. Custom adidas sweats? A prolonged Jordan II cleaning scene, and while I could pretend I clocked them in ‘Public Domain’ or on Jack’s feet earlier in ‘The Witches of Eastwick,’ is that a pair of Dunk Hi’s I spy as part of the most pauseworthy ensemble of Spike’s directorial career? If you’re gonna rock hi-tops, best not to combine them with daylgo Speedos that even the House of Xtravaganza in ‘Paris is Burning’ would deem a bit “much.” What’s with all the briefs at a pajama party? For me, reeling from the heavy-handed message at work, it was a curious introduction to a shoe that became a phenomenon.

The reason I’m dropping some truly gratuitous screengrabs is in tribute to the homie Jonathan Rockwell’s ‘A Fist In The Face Of God’ blog, mixing screencaps with a true knowledge of black metal, thrash and legends like Saint Vitus. It’s one of the best sites out there – big things a ‘gwan this year for team ‘Fist.

Part of the Jordan XI designed by Tinker Hatfield