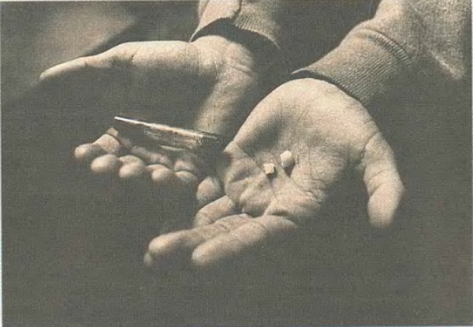 I made it. I’m officially a menswear blog. Shouts to Complex for spotlighting my nonsense though. It’s a highlight of this week, like finding out that Michael Cimino came up with the story for Heaven’s Gate while, “…researching the history of barbed wire in the West” (cattle barons used barbed wire to block off grazing land, but settlers cut it in retaliation), or R Kelly’s ‘Soulacoaster’ revealing that Kells watches ‘Avatar’ frequently (Aziz Ansari wasn’t too far off the mark), hits up McDonald’s for a coffee with 6-sugars when he’s feeling sad and had rose petals dropped from a helicopter as a romantic gesture (in fact, the WSHH of Kelly singing an unruly member out the crowd is proof that he may be the most interesting person to walk the earth).

It’s easy to sit from a distance and fetishise the gun posing and scowls of LA gang photography, but hard living makes for great portraits. While all eyes were on South Central, the ‘Rolling Stone’ piece on V-13 in Venice Beach’s Oakwood area from early 1988 (‘Death in Venice’) had some of the best photography I’d ever seen back when I was 10 years old. To accompany the story by Mike Sager (one of the greatest journalists ever), Merrick Morton’s black and white snapshots looked like the coolest thing ever — needles, hand ink (back when tattoos on your hand were a sign you probably weren’t to be messed with, unlike hand tattoos in 2012, which are pretty fucking menswear) and weapons. 24 years later, they seem futile and grim, underpinned by the assumption that everyone in them’s probably dead by now. This was reality, but Merrick Morton also acted as a still photographer for ‘Colors’ and ‘Blood In, Blood Out.’ Everyone loves the fancy cars, the fully buttoned Pendletons, the hand gestures and the locs, but take them to the barrio and they’d stain their Dickies. Strange to think how gentrified the area got in the decades that followed, even though gangs remained operational. 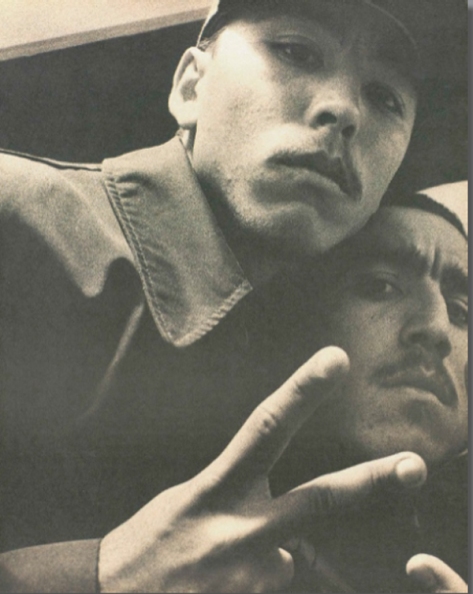 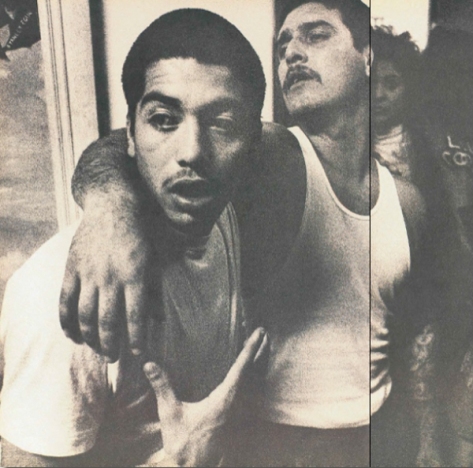 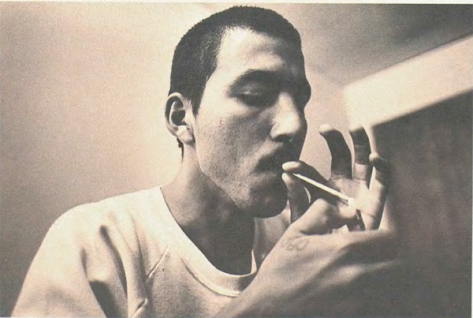 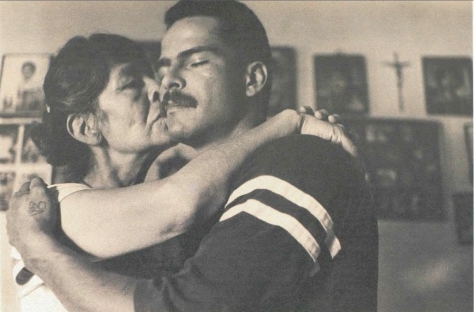 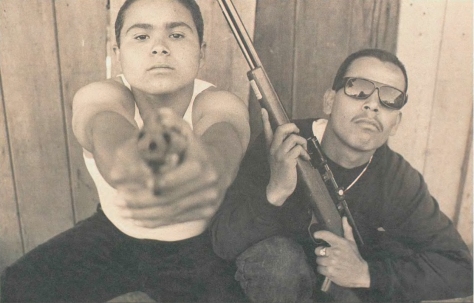 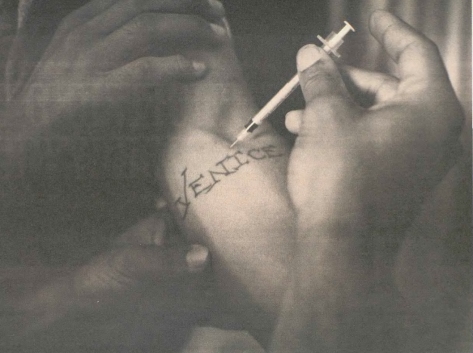 ‘Pretty Sweet’s Gino quotient, all the Supreme AF1 hype this year and Julien at Nike reminded me of the perfect supplement to the skating in Timberland piece I upped here a few years ago. Skating in wheat workboots is defiantly anti-boardfeel, but Gino Iannucci rocking canvas AF1 Mids in his 1996 ‘Big Brother’ interview (around the time ‘Trilogy’ was released) photos is classic. I actually meant to make this a whole blog entry about skating in Uptowns, but I stumbled and flopped. I still love the quintessentially east coast act of deliberately handicapping yourself in an act of one-upmanship to prove you can. 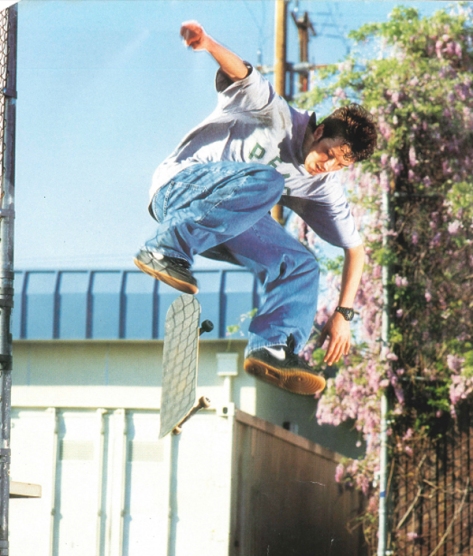 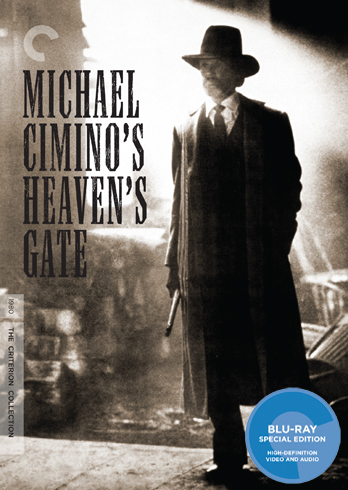 I don’t know why I keep returning to ‘Heaven’s Gate.’ Maybe it’s for the same reasons that I keep trying to get dig away at ‘Gravity’s Rainbow’ with it’s spine cracked to just 10% of the book’s content — I want to know what I’m missing. I’m not talking about the cult of characters who topped themselves in black and white Nike Decades, but Michael Cimino’s ponderous ani-western, which fired my imagination as a kid by featuring a manic Christopher Walken, Tom Noonan, Brad Dourif, Jeff Bridges and Mickey Rourke and a nude Isabelle Huppert. Alas, the pauses, the pacing of the first half and the frequent misuse of its spectacular cast means I’ve never managed to finish watching ‘Heaven’s Gate.’ I concentrate too hard and get confused, I get restless, I answer the phone, I end up daydreaming that I’m watching ‘Con Air.’ I got so close — 20 minutes from the end of the 149 minute cut, but after pausing it to answer the door to a Domino’s I realised that I just didn’t want to go back — I didn’t care about Kris Kristofferson’s hero or Sam Waterston’s villain. That 20 minutes could be spent watching a ‘Seinfeld’ episode again

Somebody told me that I’m a fool, a spoon fed moron, who doesn’t understand the nuances of Cimono’s work, but I’m convinced that this film could be distilled into an engaging 100 minutes. I still can’t co-sign the animal cruelty like the supposedly “real” horse with dynamite sequence — if you’re going to die for a film, I’d sooner be the bull in ‘Apocalypse Now’ or the cow in ‘Come and See.’ Being sacrificed for a film that recouped $3 million on a $44 million budget is the final insult. I still haven’t made my mind up about this film. What am I missing? Why did Jerry Harvey make the extra effort to screen the longer version on the Z Channel? There must be something in this abomination that creates these rabid fans who think the film flies by. The Johnson County War is a significant moment in American history, but it isn’t the stuff of gripping cinema — rather it seems to have been something that’s touched on in more entertaining books, TV shows and films as part of a snappier narrative — and the director slows it to a molasses crawl that I can’t quite wade through.

I’m going to return for more when the real director’s cut (the 219 minute version was a rush job) that’s been trimmed to 216 minutes is released by Criterion this November. Maybe that 3 missing minutes is the key to unlocking this mess. Maybe I’m just a glutton for cinematic punishment. Will Criterion put out a ‘The Adventures of Pluto Nash’ 2-disc Blu-ray package in 2032 that lets us reassess Eddie Murphy’s lost masterpiece with a digitally restored 142 minute director approved cut? I hope so. If I had one really positive thing to say about ‘Heaven’s Gate’ it’s that the film has the best roller skate violinist/barn dance sequence of any Hollywood film. And that’s something to be grateful for. 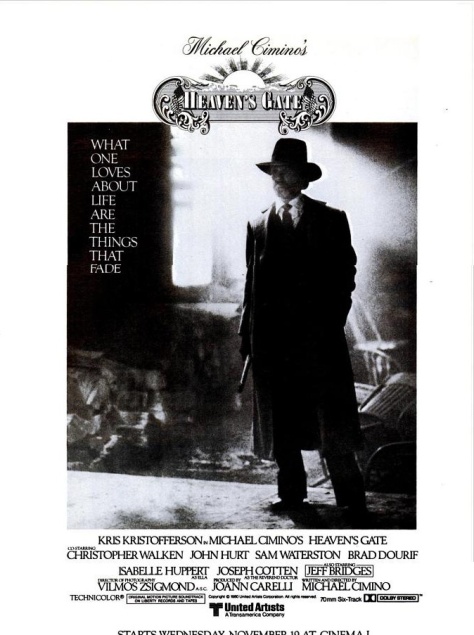 With OG Huaraches set to return, it’s always worth focusing on a slightly more contemporary (though still showing my age) crush than Huppert — Chilli from TLC whose Huaraches and ACG-looking garments in the ‘Baby, Baby, Baby’ video make me love her even more. 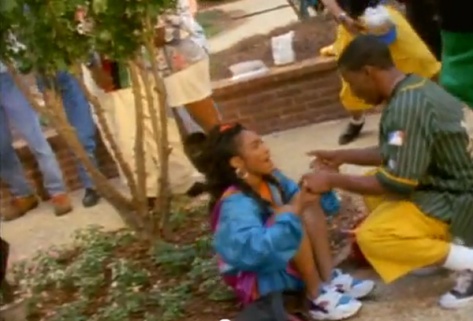