I was perplexed to see a Tweet of mine rise from the dead the other day as part of a hip-hop controversy. That’s hip-hop controversy in the 2013 sense, where it’s not particularly controversial and no diss records will ever manifest. I’m fully conscious of most of my mouth running and rarely guilty for a moment’s brain flatulence and 30 seconds of thumbing, just because it’s out of timeline out of mind within 48 hours. A few years back, when Bossip ran something about fetuses, miscarriages and Joe Budden and some ex-flame I remarked that I preferred fictional misogynists from the worlds of TV and cinema to Budden — namely Trevor from EastEnders and his psychotic gravy pouring and the guy that rams a grapefruit half in his wife’s face in Superman III. Mr Action Bronson retweeted it and I was amused to see a Queens MC acknowledge a BBC soap opera reference. Some guy found it, and retweeted that 2011 Tweet as part of a project to remind rappers of their forgotten disses from when their follow counts were in the very low thousands. Thankfully, I’m not an MC and I still stand by my opinion (maybe I’ll put out a mixture one day and this will come back to haunt me). Still, there’s definitely a cautionary tale regarding the digital trail you leave every day. Salutes to Bronson for being a man and not panic deleting his retweets.

That, my friends, is what passes for rap beef nowadays. Only Chicago’s rap scene seems to have managed to merge greasy social media talk with actual bodily harm. Nobody’s going to commission a Lynn Hirschberg cover story on some guys calling each other lame and then blaming the fact that they were in their mid-twenties and high when they did it. I’ve never been able to ascertain what’s more amazing in that cover photo — Suge’s Piru-red suit, or ‘Pac’s strange mix of bulletproof vest looking leather corset that looks like a relic of the California Love video shoot, giant jeans, Moschino belt and what looks like some quasi-formal riding boots on his feet. It was a testament to Shakur’s post-jail swagger that he pulls it off. 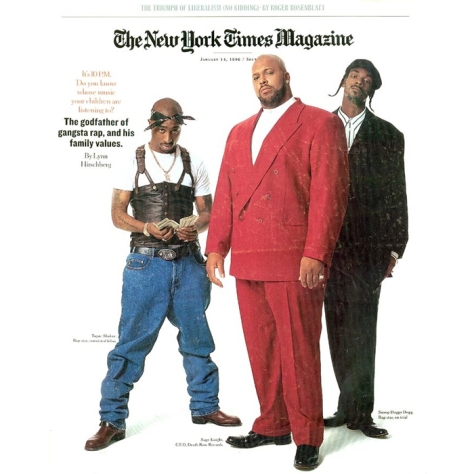 On the subject of New York’s greatest magazine cover shoots, this one from New York Magazine (some fairly early graffiti coverage) on the tagging epidemic stays gold too. 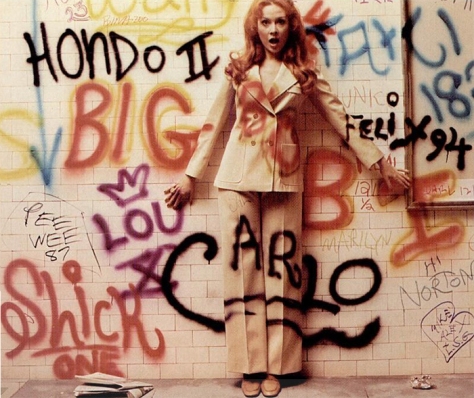 Earlier this week, I got to ask Tinker Hatfield about how he actually went from architect to shoe designer. I need to see the slimline Euro-centric motor scooter shoe that doubled as a runner that he presented to Peter Moore.

On these shores, rappers used to be dressers before UK hip-hop (a frequent struggle in recent years) span off into different strains — the guys still wearing the faded Carhartt garms they were given for an Austrian tour a few years back, the guys in their tracksuit/AF1 combo and the handful of guys who made some money and get called “well-dressed” solely because they’re not the former. I hope the indiegogo campaign funded Unstoppable: The Roots of Hip-Hop in London showcases some unseen footage that proves our dudes used to be able to style it with our Yankee counterparts back in the day.