Still rushing through other things and this blog is still suffering. If you like magazines, you should probably acquaint yourself with A La Champfest (though I’m guessing you’ve already picked it up). A lot of publications that are over six quid are usually buyer’s remorse before you even exit the newsagent’s door, but the layout, content, logo, cover shot, size and density of Champ makes it something worth making the time for. Shouts to the Kaweckis — getting a Stüssy shirt created especially for the magazine launch was a nice touch too. I was allowed to write a short tribute to Phat magazine in the new issue with some insight from Tim Leighton-Boyce and Chris Aylen. Nothing to in-depth, but seeing as this blog sure as hell wouldn’t exist without those three editions of RaD‘s laddish offspring in 1993, I’ve always wanted to pay homage on paper. While we’re talking UK skate mags, this link here takes you to another piece of Brit skate history — all 19 issues of Skateboard! from 1977 to 1979 to download: plenty of flares, tips, tournaments and fuck-off urethane wheels. I wish I could get my hands on PDFs of its slightly more irreverent 1988-1992 resurrection (eight years between editions was a long time, but bear in mind that Vanity Fair was put on ice for 45 years). 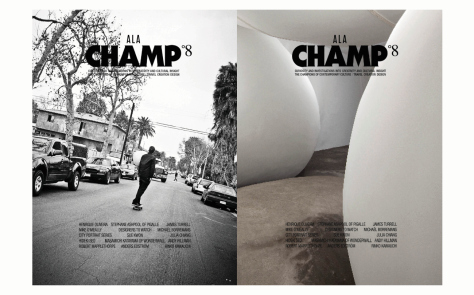