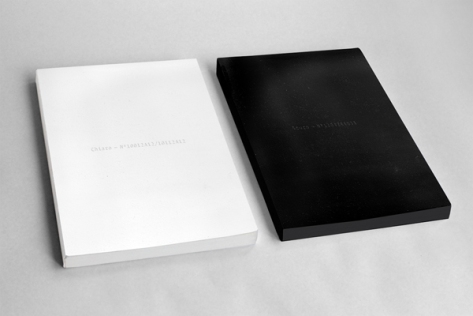 These are strange times. I’ve got love for Hov, but the bad start for Tidal is nothing compared to his adoption of the banter-brigade’s beloved Hype brand while ‘Ye is wearing Soloist — he’s gone from getting his grown man on to getting his sport science student on. The only thing odder is Hus Kingpin’s video entirely dedicated to being SuperDry down that shouts out the “orange label.” Even Canibus —who busted out some distinctly Warsaw nightclub garms a few years back — once proclaimed “With no fear like them clothes white boys be wearing,” back in 1998. And what are these brands if not a No Fear for a new generation?

I’m impressed with what my friend Thibault Choay has been creating for his fine CLASSIC imprint. With a company name like that, the pressure to create greatness comes pre-loaded, but the CHIAROSCURO book project is pretty damned good. To create a graffiti book that doesn’t slip into the trappings of earnest graf book formulas is an achievement, but the subject of this book, Parisian tattooist and former writer Cokney, is an interesting character. For starters, he’s a huge fan of Cockney Rejects and has a case over his head that comes complete with a 228,000 Euro fine. Two years after they started planning this project with writer and curator Hugo Vitrani, they’ve completed this two-volume set — the Scuro book is the light side, a collection of photos from the artist’s perspective taken from undeveloped film given back to Cokney by the police in a good cop moment. To my knowledge, at least until the publication and launch of the exhibition at Sang Bleu last week Cokney hadn’t seen the imagery yet — a deliberate action to homage the pre-digital days of waiting for imagery to develop, and the inevitable unfiltered flaws in the mix. That photography is accompanied by the artist’s own texts.

Light comes with a darkness and the black book is synonymous with graffiti, and, at fear of sounding like Nigel Tufnel, it’s really, really black, with a lot of ink used to give it the Chiaro section the requisite matter-of-fact look. As well as photos, Cokney has access to a lot of his police files, and case N° 1203264038’s evidence against the writer — in the form of images, cleaning quotes and complaints — opens up the age-old art/vandalism debate. but gives an unorthodox perspective — through legal eyes, the critics of the piece — to the work that contrasts and complements the white chapter. There’s some translations in the book too, and it completes a real labour-of-love. It’ll be online soon via the CLASSIC site, priced at 45 Euros and limited to 500 copies.

Thibault kindly invited me to take part in a CHIAROSCURO themed Know-Wave show last Thursday alongside Cokney and Hugo where we talked about topics loosely pertaining to the book, fumbled after a sudden decision to find a Goldie track and played a Booba record loudly.

Yeah, Kirkland Sagnature have been discussed on here a lot but if you can’t be bothered with the brain drain of choice every AM, you can’t go wrong with a 6-pack of the white tees from Costco. In my eyes, for accessibility and replacement in bulk, this is the best white shirt on the market. You can hurl your suggestions at me (and my soft spot for the thick Pro Club and Hanes Beefy is still functioning, but they’re very different shirts — Hanes loses points for the wacky pricing after some store applies VAT and Pro Club seems to need a west coast hookup) with Kirkland, you’ve got the perfect summer weight — light without being blouse-thin to the point where your nipple hair is visible, a neck that my giant head doesn’t leave wave-like stretch marks in and the correct length on the arms and waist, with minimal shrinkage and no sense of smedium after three washes. And if you’re still prepping an argument against me, they’re £2.66 each, because a six-pack is £16. I always liked Puffy’s late 1990s cheap, throwaway white tee, all-white adidas Superstar and Rolex President combo and I can’t get down with any brand’s proclamation that they’ve created “the ultimate white t-shirt” as if they’ve found the cure to cancer – any white tee that’s over a tenner should be treated with suspicion. I want something that I don’t fear spillage on — in fact, in the event of a Ribena indecent or hot rock drop, you can live out your Dame Dash pre-bankruptcy fantasies for £48 and not even bother washing tees. Just throw them shits away. But if you choose to wash them, I can testify that Kirkland comes through too. Shouts to Sean at Urban Industry for having the cash and carry hookup. 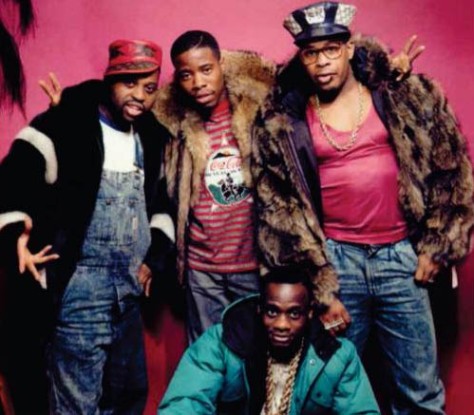 While Costco are the kings of white t-shirts, Edwin PHADE Sacasa and the Shirt Kings crew are pioneers of the hip-hop print, If you wanted your blanks decorated with a firearm-wielding Roger Rabbit, you know who to call. More pictures from Dokument‘s Shirt Kings (complete with an intro by MC Serch) by PHADE and KET are out there to coincide with the book’s release and I can’t get enough of documentation of their custom creations. Mother and daughter Dapper Dan gear is particularly good. If you want to understand the foundations of street style, there has never been a better time.

Shouts to Adam Welch for putting my quotes into this Independent piece on high-end sports footwear. It was good to talk up Gucci Tennis 84s and Dapper Dan in a national publication — Adam did a good job too. The New Balance number nerds waiting to tell me that Kanye wore 997.5s need to fall back, because the message in this article was well handled and nicely written. Despite my strange cat analogy, it’s probably the first newspaper article I’ve been interviewed for that didn’t make me want to punch myself in the temple immediately after it went to print.

On the Gucci Tennis topic, I spotted this photo for sale on eBay a few months back, shot for a Miami newspaper in 1984. Wish I could find the article it was written for.

What the fuck is up with rappers and singers wearing Superdry? Gunplay’s pick of Supreme-biting brand was bad enough, but look at the images above, then look at what some rappers have elected to wear now. Ice T wearing it is kind of sad, Jay Sean is a Superdry kind of guy, so I’m not surprised. Pos from De La Soul broke out the wack polo, but it’s all good because he’s Pos and can do what he damn well wants with immunity, but the younger generation? The Martorialist pointed out the tragedy of A-Mafia wearing it late last year, but Mr. Pete Williams pointed out a sighting on Lil Durk’s latest 52 Bars chapter. Superdry does not belong on a Young Chop beat. There’s no excuse for wearing this stuff in a video — if it’s meant to match your shoes, then you may as well be wearing PUMA Discs on your feet. The only amnesty in the Superdry rap video situation is this model in Fat Joe’s Pride n Joy. She still would have looked better without the lettering. Rappers looking like they did a Karmaloop trolley dash is a good argument against streetwear on rappers, but high streetwear on them? Very strange.

Erik Brunetti’s Instagram is always interesting, taking in animals, artifacts, artwork and other awesomeness. He just upped the cover of forthcoming Fuct book (release date is September 3rd). Looking forward to picking this up.

With the Evil Dead remake ready for a UK release, it’s a shame that there won’t be any low-budget spots like this Evil Dead II one from 1987 that featured Sam Raimi and Jonathan Ross. I recall seeing this on Channel 4 early one evening and becoming immediately obsessed with Dead By Dawn. Ross, like Alex Cox, educated me in several matters of cult cinema. This Incredibly Strange Film Show Sam Raimi episode was a game changer for me and these ads seemed unlike anything I’d seen for a movie on these shores, delivering a nice dodge from showing any of the controversial content pre-watershed.